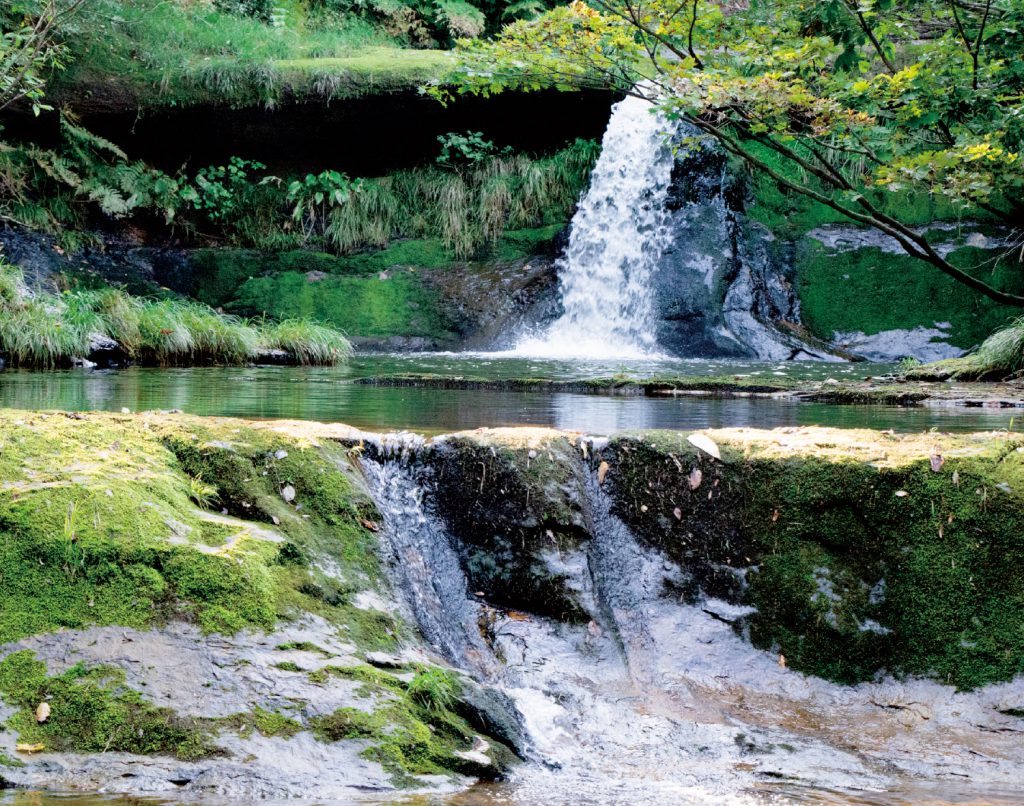 Located by the dry riverbed in the lower reaches of Utsusawa is a waterfall called Fudo Waterfall, which is approximately 3m tall. Layers of bedrock can be seen throughout the entire region, with the area surrounding the basin resembling a pool of rocks.
The Utsuzawa Fudoson (Buddhist guardian deity Acala) is enshrined near the waterfall. There are no records of when the 60cm stone figure of Buddha was erected. However, due to the fact that the temple gong featuring an inscription of the year Tensho 11 (1583) has been passed down to the home of the shrine keeper, it is believed that the old Ofudosama deity has a history that spans over 400 years.