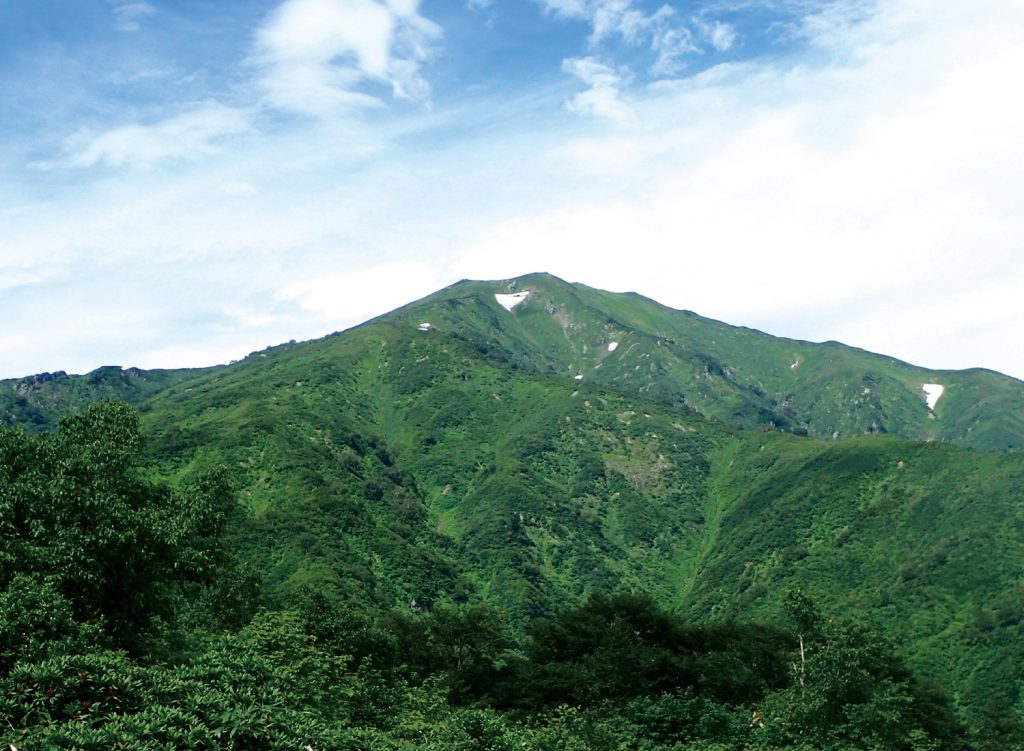 It is believed that the mountain trails of Mount Iide were opened by the shugenja (mountaineering ascetics) to conduct their mountain worshipping during the late Heian period. During the late Edo period folk beliefs became popular, and many worshippers from the entire Southern part of the Tohoku region started to travel to the site to wish for a good harvest or for a coming of age ritual. According to records from the Edo period, Mount Iide’s name was either derived from a shrine that worshipped Iidoyo Aonomikoto, or simply because the mountain looked like a big bowl of rice when it was covered in snow. Today, Mount Iide is also referred to as the Tohoku Alps, and continues to mesmerize climbers aiming to reach the summit with its beautiful nature and lush greenery, such as the beech forests and alpine plants.