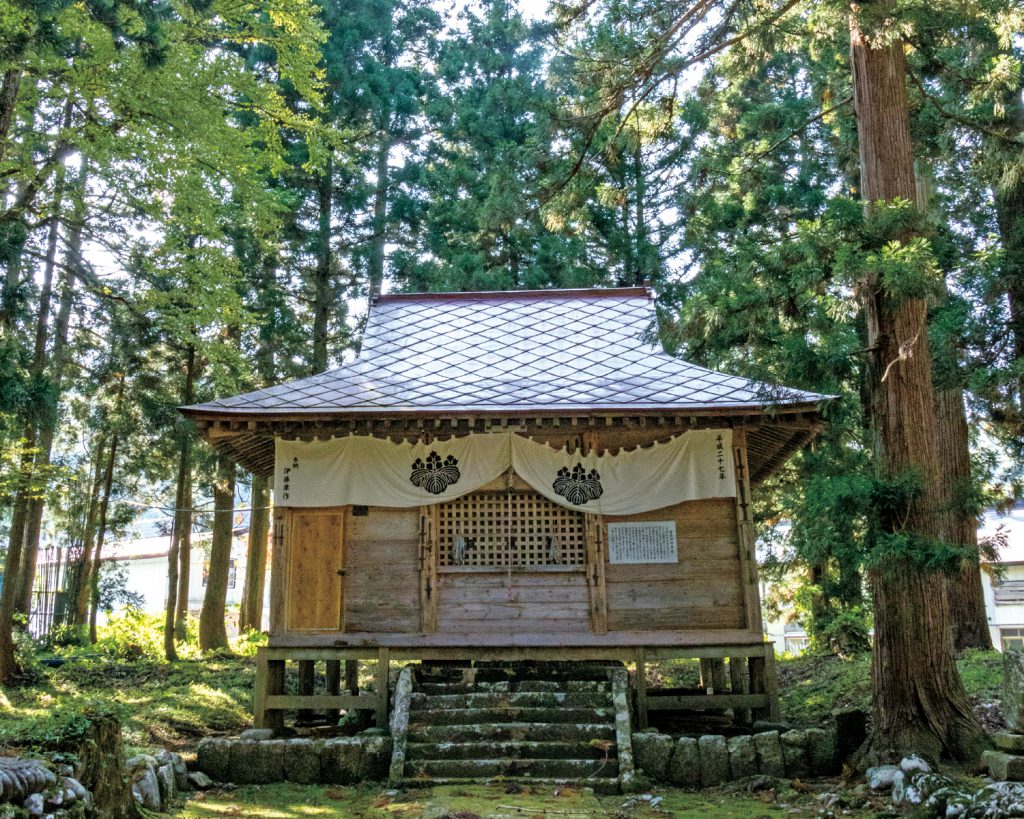 Iwakura Shrine is located at the foot of Mount Iide, and once served as the entrance to the holy site of Mount Iide. During the late Edo period, Mount Iide became popular in the Tohoku region as a place of mountain worship, and people from various parts of the country traveled to the site to climb to the peak. The climbers spent a night at inns in the Iwakura village, and then entered the mountains after praying at Iwakura Shrine and purifying their souls.
Today, the shrine stands in the midst of a quiet and relaxing atmosphere, surrounded by Japanese cedar trees that are believed to be over 400 years old. During the season in which hydrangeas bloom, the grounds of the shrine precinct are covered in moss to create a beautiful green sanctuary.

Before the Meiji period, Iwakura Shrine was also a temple, and even today Buddha statues are enshrined there. You will see a statue of the Fudo Myoo, the God of Fire, who has blue skin with a red flaming halo enshrined inside the main temple, and the Nio-zo (wooden statues of the Deva Kings as temple guardians), who have red bodies and wearing clothing with various patterns enshrined at the entrance of the Nio-mon (gate of the two Deva Kings.) The Nio-zo were considered the guardians of the temple, and their muscular physiques and hair depicted throughout their bodies make them look extremely powerful.
Nio are also guardians of feet, and it is believed that with the increase of people climbing up Mount Iide, worshippers began to pray to Nio for the safety of the climbers’ legs during their climb.