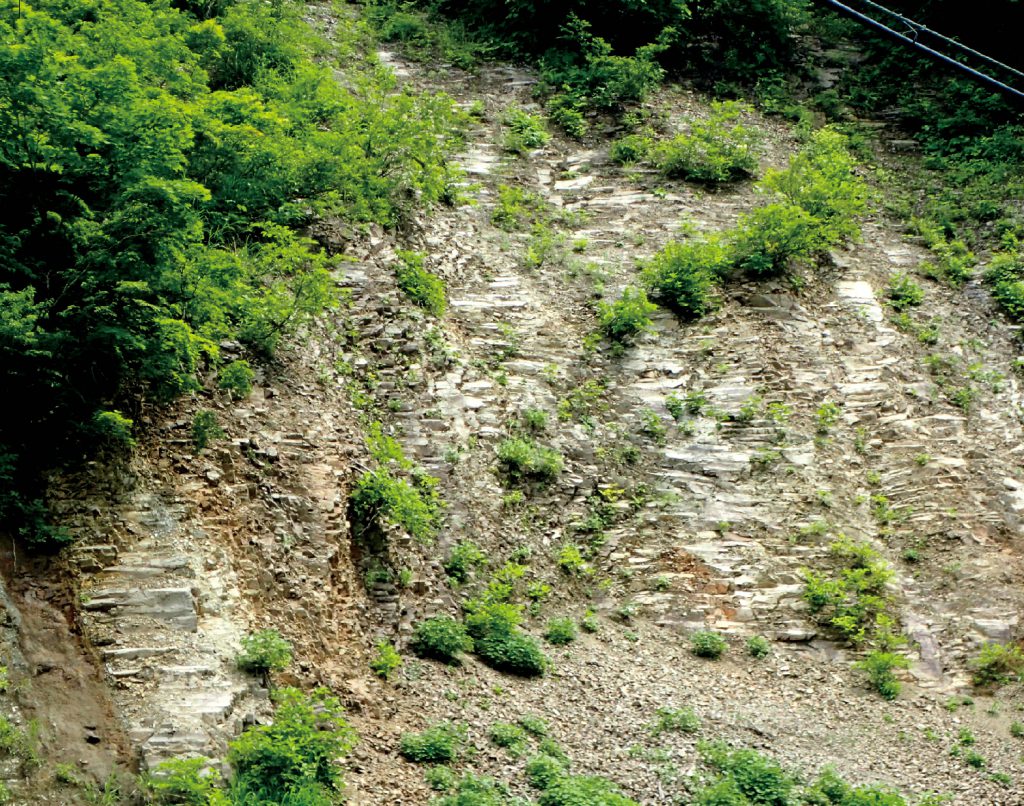 Okurayama is a giant rocky mountain that served as an object of faith. Around 15 million years ago, many volcanoes existed in the region. Okurayama was created from the large lumps of rhyolite that flowed out as magma up near the surface of the land from surrounding volcanoes and eventually cooled and hardened. On the west side of the mountain, there are areas with column-shaped cracks on the surface of the rocks, which are referred to as “columnar joints,” which were the result of the rocks contracting after the cooling down and hardening of the magma.