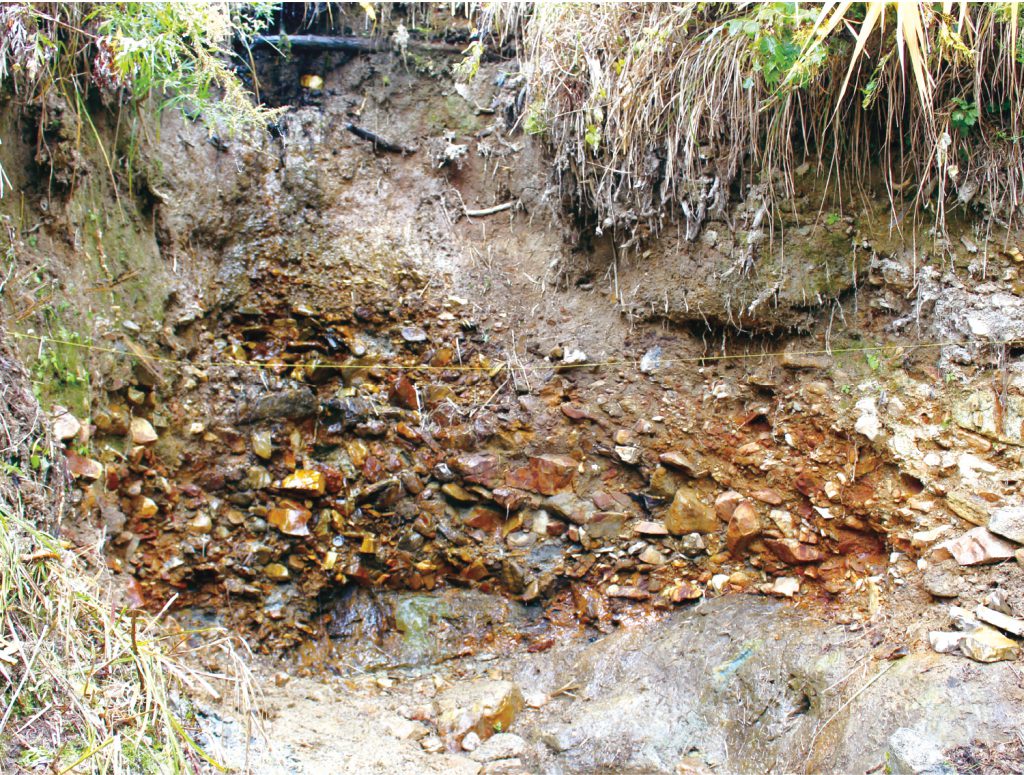 Before mankind had access to metal, they used objects such as sharp stones as knives, or so-called stone tools. In the Tohoku region, a type of stone called “hard shale,” which were somewhat rare due to its limited extraction sites, were highly treasured as the primary material of the stone tools. Nakatsugawa was one of the regions that produced a large quantity of this so-called hard shale. Even today, there are large amounts of shale lying around the Yarumi mountain stream and other surrounding mountain streams, and among them you can see several stones sharpened by the Jomon people. Judging from these remains, we can assume that they had manufactured stone tools in this very region.